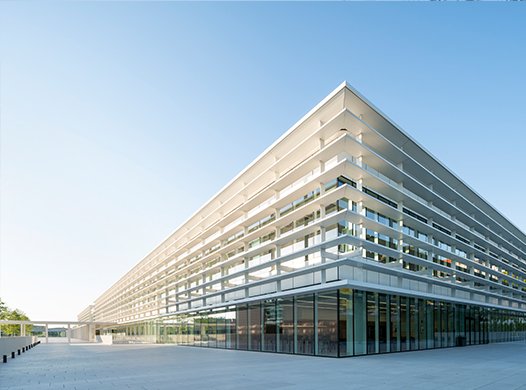 In these difficult times all around the world, I would like, first and foremost, to express our solidarity with all those currently affected by the Covid-19 coronavirus.

Now is the time to express our heartfelt gratitude for the efforts of the countless men and women, most particularly our healthcare professionals, who are providing essential relief for those affected in all of the countries in which the pandemic has taken hold. Their commitment, which goes above and beyond their job descriptions, should serve as an inspiration to us all in this shared task of building a more caring society.

I would also like to thank all of the people in the Inditex family all over the world for their hard work and sacrifice; their attitude and tireless efforts to prioritise the health of our customers and employees is commendable throughout these difficult times.

I would like to call for calm at every level and express a message of total faith in the decisions being taken by the health authorities.

Inditex is demonstrating through these results the solidity of its business model and its balance sheet, results which demonstrate the hard work and dedication of all of the professionals who are part of this company, from the factory and logistics teams to the store and corporate staff, from our designers to our sales professionals. Their efforts are underpinned by a series of values which, like those I alluded to at the start of this statement, now more than ever, will guide us to a future framed by optimism.

In this environment, I appeal today for your composure, trust and solidarity. Thanks to the united response we are displaying across the various affected countries and cities, we are confident that together we will overcome this situation. Thanks to the company’s strong financial position and principles, we stand ready to respond in any way necessary.

In light of the events unfolding in 2020 in the wake of expansion of the Covid-19 coronavirus, the Group has decided to recognise an inventory provision of €287 million, which will be recognised in its 2019 statement of profit or loss.

Similarly, net profit, which registered growth of 6% to €3.64 billion, would have increased by 12% without the provision, to €3.86 billion.

That solid earnings performance similarly translated into strong cash generation in FY19, such that net cash hit a new record of €8.06 billion, up 20% from year-end 2018.

Like-for-like sales growth was 6.5% in FY19, underpinned by momentum across all geographies and brands, in-store and online.

Inditex reported growth in sales from its online platform of 23% to €3.9 billion, which is 14% of the total.

Management has expressed its utmost faith in its business model and long-term perspective, thanks to the flexible and nimble decision-making capabilities of the Company, its balance sheet and all of its professionals.

As Covid-19 has spread around the world, the Group has been introducing and implementing the procedures needed to prevent transmission since the beginning of the outbreak, closing stores as necessary in certain areas. It intends to continue to fully cooperate with the health authorities.

The spring-summer collections were initially very well received by our customers in February. However, the global expansion of Covid-19 has since had an impact in certain markets. As of yesterday, 17 March, the Group had temporarily closed 3.785 stores in 39 markets; all stores in China are open with the exception of 11 stores, in keeping with the local health authorities’ recommendations.

Online sales continue as usual in all markets.

Our supply chain is similarly operating normally, thanks to our business model’s hallmark flexibility.

Although it is too soon to quantify the future impact of the pandemic on our operations in 2020, Inditex is monitoring developments very closely. We have the utmost confidence in our business model and its long-term perspective. The current situation, caused by external and temporary factors, does not change our long-term vision for our business model, its fundamentals and its growth potential.

The Board of Directors of Inditex, following the proposal of the Audit & Compliance committee, in view of the current uncertain situation due to the Covid-19 pandemic, considers that it is not the right moment to take a decision on the dividend to be proposed relating to FY2019. Consequently, the net income generated will be allocated to reserves with a view to submitting a final proposal on dividends at a later board meeting prior to the AGM which will take place in July.

In FY19, Inditex invested €1.2 billion in the company’s digital and sustainability transformation, a priority strategic target, which is driving renovation of virtually the entire store network and the introduction of cutting-edge technology in all areas of the business model, from the physical stores to the online platform and logistics facilities. Technology framed by sustainability criteria is also transforming procurement management and supplier relations.

One of the hallmarks of Inditex’s business model, common to all its brands, is the ability to match supply to real customer demand, a trait which is being enhanced by the deployment of one-of-a-kind RFID technology throughout the integrated offline-online store platform.

Ninety-eight per cent of the Group’s sales floor area has already been upgraded for this transformation effort, resulting in larger, refurbished stores. The average store size has increased by 29% in seven years. In FY19, the Group opened 307 new stores in 43 markets, carried out major refurbishment work on another 182 stores, 87 of which were expanded, and absorbed 328 smaller units. As a result, the integrated offline-online store platform currently serves more than 200 markets – 66 of which via seamlessly integrated physical and virtual sales platforms – from 7,469 stores in 96 markets and 44 e-commerce fulfilment platforms. Overall, the sales floor area increased by 2.5 % in FY19.

That investment effort has enabled the Group to introduce technology for reducing water and energy consumption across its stores, many of which have earned the highest LEED certification.

The eco-efficient store programme embarked on in 2013 will culminate in 2020. The Group plans to focus on rendering its technology as efficient as possible, boosting the number of stores connected up to the centralised consumption management platform, Innergy, which has the capability to monitor the entire store network in order to bring them in line with the energy consumption reduction targets set in the Sustainability Plan. At present, all Zara stores are connected up to this system and by year-end the plan is for 5,600 Group stores to be connected.

In parallel with the growth in online sales, the Group’s websites registered over 4 billion visits, 1 billion more than in FY18, with orders peaking at 9,700 per minute. The various brands’ social media handles continued to win new followers, which reached 175 million (up 32 million from year-end 2018). Every day some 11 million users visit one of the Inditex brands’ websites.

Over the course of 2020, the Group’s eight formats will deliver the target announced by the executive chairman, Pablo Isla, of having their products available for purchase online anywhere in the world, with the remaining brands already operating their worldwide e-commerce platforms.

As for the integrated store and online platform, its reach increased to 66 markets last year, following the local launch of the www.zara.com platform in 17 countries in 2019: Brazil, South Africa, Colombia, Egypt, Morocco, Indonesia, Serbia, Israel, United Arab Emirates, Qatar, Bahrain, Kuwait, Lebanon, Jordan, Ukraine and Philippines. That footprint has since been further increased with the addition of Bosnia and Albania at the start of 2020 and Zara intends to launch online sales in Paraguay, Peru and Uruguay soon, reaching 71.

The rest of the brands have also been expanding their online platforms. Massimo Dutti and Zara Home opened in the Arab Emirates, Saudi Arabia, Lebanon, and Morocco, while Stradivarius, Oysho, Pull&Bear and Uterqüe inaugurated their online platforms in the US. Uterqüe also began to sell its products online in Mexico, where the chain has 16 physical stores, making it one of its most important markets.

The Group also made progress on expansion of standard next-day-delivery in its key markets around the world and on same-day-delivery in the most important shopping destinations, including New York, Madrid, Paris, London, Shanghai, Moscow, Mexico City and São Paolo. Zara, meanwhile, continued to install automated pick-up points in select stores that concentrate high volumes of online order deliveries, with 20 such stations in cities such as London, Amsterdam, Hamburg, Glasgow, Liverpool, Paris, Madrid, Barcelona and Matosinhos, in Portugal, among others.

Elsewhere, all of the Group’s logistics centres are eco-efficient and continue to implement next-generation technology, notably multi-shuttle storage and retrieval systems, which speed up delivery while increasing centralised storage capacity, another hallmark of the business model.

The logistics hub in Lelystad (Netherlands), which supports the logistics platforms in Spain, has begun to operate following an initial investment of over €100 million. The new Lelystad facility, which injects additional flexibility and enables constant support for the rest of the platforms, has been equipped with the latest developments in sustainability and recycling, as well as smart distribution systems.

The Group also continues to have a significant knock-on impact on the Spanish economy. Once again in FY19, over 7,100 suppliers invoiced Inditex for more than €5.1 billion of goods and services. In the last five years, Inditex has paid Spanish suppliers over €24 billion.

In Spain, Inditex’s total tax contribution reached €1.87 billion in 2019, including direct taxes paid and indirect taxes collected. The effective tax rate paid by the Group companies in Spain was 22%, which is similar to the statutory rate. During the last five years, the effective tax rate in Spain has averaged 23%, having contributed €2.67 billion in total, a sum equivalent to over 2% of all corporate income tax collected by the Spanish state.

In line with the Group’s steadfast sustainability pledge, at the last AGM it was agreed to set up a dedicated sustainability committee within the Board of Directors and a raft of new sustainability targets were announced. Those targets include the elimination of plastic bags in 2020 (they currently account for less than 15% of the total and have already been fully eliminated at Zara, Massimo Dutti and Uterqüe); elimination of single-use plastics from customer interfaces by 2023; and the use of sustainable/recycled raw materials only (mainly cotton, viscose and polyester) by 2025.

In addition, by the end of 2020, all of the Company’s stores will have used-clothing collection containers. The clothing collected is being donated for reuse or recycling in collaboration with 45 local NGOs in the various markets, including Caritas, the Red Cross and Oxfam. By year-end 2019, more than 2,300 stores in 47 markets were already participating in this programme. Since the initiative began, the stores have collected 49,479 tonnes of clothing and accessories which have been given a new lease of life.

The Group and all of the brands have also undertaken important strategic initiatives related with the overall sustainability policy, most notably their commitment to selling garments made using more sustainable raw materials or processes, distinguished by the Join Life label.

Lastly, in 2019, the Group’s executive chairman, Pablo Isla, signed a €3.5 million agreement with the Massachusetts Institute of Technologies (MIT) covering the promotion of research driven by global sustainability challenges, including new recycling and upcycling techniques, among other aspects.